Blog - Latest News
You are here: Home / Features / Welcome To The World

Hello World! So if any of you follow me on Instagram, then you may already know that we welcomed our twin boys on Monday, March 5th! Ranger Joseph Buckley was born at 5:45pm weighing only 4 pounds 12 ounces and 2 minutes later he was joined by his brother, Bodhi Robert Buckley weighing in at 5 pounds. Their journey into this world was quite the whirlwind. I had started having contractions the Thursday before they were born. I was admitted to the hospital to stop my labor and given medicine to halt any contractions. I was home by Friday afternoon. Then on Monday morning, my water broke, and I headed right back to the hospital. At this point there was no way to stop my labor, and the boys would be born that day.

My babies were born via C-section this time. Prior to going into labor there was concern about Ranger’s size and his lack of growth over the last weeks, and they were concerned he had IUGR (intrauterine growth restriction). Bodhi had a dilated aorta and was being monitored closely for this condition as well. The decision to have a C-section was made between my doctor, Aj and I due to all of these contributing factors.

Although I wish I had my twins naturally, I was happy they were delivered safely. I just have to say C-sections are a trip! It was a bizarre experience (as having babies naturally can be too!) and far different from what I had originally envisioned. I think it took my doctor all of  1o minutes to deliver both babies. Since I was only 34 weeks along, Ranger and Bodhi had a bit of a rough start. They were immediately taken to the NICU post birth as their little lungs had not fully matured. I didn’t get to do any skin to skin, or hold my boys for about a week. I was only able to see them the night of the delivery, and then touch then on their heads and feet for so many days after they were born. The boys both needed support breathing and caught an infection as well. They ended up spending 23 days in the NICU, and many of those days were an emotional roller coaster. It was one of the happiest days of my life when were officially allowed to bring them home.

I took a much needed break from blogging to recover from birth, the NICU and to really be present with my family. I have received so many kind and supportive messages from all of my followers and readers over this time. Thank you so much for your continued support. If anyone has advice on twins, raising three kids or preserving my sanity… please leave me a message in the comments below 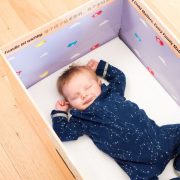 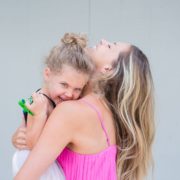 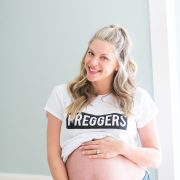 The Real Difference Between Boys and Girls 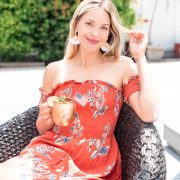 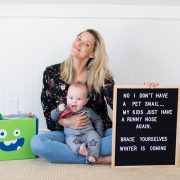 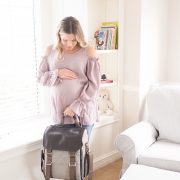 What I Packed In My Hospital Bag For The Twins
Mom Guilt: Why We Really Need To Let Go Of The Shame and Start Living Our Lives 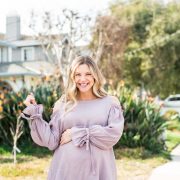 Want to join the discussion?
Feel free to contribute!

Twin Gear: What You Need To Survive
Scroll to top